Types of Damages in Civil Litigation 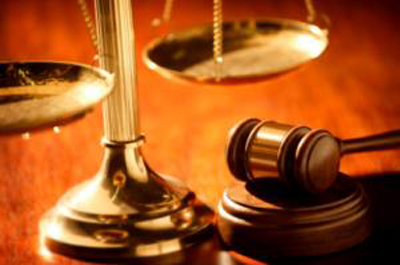 Types of Damages in Civil Litigation

Damages are monetary awards. In in a legal sense, “damages” refers to monetary compensation that is claimed by a person or awarded by a court in a civil action to a person who has been injured or suffered loss because of the wrongful conduct of another party. The Supreme Court of Canada has held: “Damages are a monetary payment awarded for the invasion of a right at common law”. (Canson Enterprises Ltd. v. Boughton & Co. [1991] 3 S.C.R. 534 at para. 39, per La Forest J.)

The purpose of damages is, in a tort action, to restore an injured party to the position he was in before being harmed, and, in a contract action, to place the innocent party in the position he would have been in had the contract been performed. Consequently, damages are generally remedial rather than preventive or punitive.

Depending on the nature of the loss or injuries, you may have several different remedies available to you, including damages. You will want to consider these various remedies when discussing with your lawyer your legal options. See Some Things You Should Consider before Deciding Whether To Sue and A Client’s Step-by-Step Guide to Commencing a Civil Action.

The law of damages is a comprehensive subject about which several texts have been written. Briefly, definitions of various main types of damages are provided below.

Damages awarded for actual loss, to place the plaintiff in a position that she would have been in had she not suffered the wrong complained of. The aim is to “make the injured party whole again”.

Speaking about a tort action, the Supreme Court of Canada has stated: “The general principles underlying our system of damages suggest that a plaintiff should receive full and fair compensation, calculated to place him or her in the same position as he or she would have been in had the tort not been committed, insofar as this can be achieved by a monetary award. This principle suggests that in calculating damages under the pecuniary heads, the measure of the damages should be the plaintiff’s actual loss.” Ratych v. Bloomer, [1990] 1 S.C.R. 940 at para. 71, per McLachlin J.; see also Livingstone v. Raywards Coal Co., [1911] A.C. 301 at 307 (P.C.).

In a breach of contract case, the court might well order the breaching party to compensate the non-breaching party for losses resulting from the breach. A defendant is liable to a plaintiff for all the natural and direct consequences of the defendant’s wrongful act. Remote consequences of a defendant’s act or omission cannot form the basis for an award of compensatory damages.

The two types of compensatory damages for pecuniary loss are:

In a breach of contract case, for instance, consequential damages are intended to reimburse the aggrieved party for indirect damages besides the contractual loss; for example, loss of business profits resulting from undelivered goods. They must “flow from the breach”, and be reasonably foreseeable upon entering into the contract.

In a tort case, for instance, if at the local gym a defendant drops a barbell on the foot of a plaintiff who is a construction worker, the plaintiff could recover consequential damages for the loss of income resulting from the injury. These consequential damages are based on the resulting harm to the plaintiff’s personal income. They are not based on the injury itself, which was the direct result of the defendant’s conduct.

Damages for non-monetary losses suffered by a plaintiff. In contrast to special damages (see below), these damages are called “general” because they cannot be assessed exactly. General damages have long been characterized as those that the law presumes to flow from every breach of contract or other invasion of the plaintiff’s rights.

In a personal injury action, for instance, examples of such losses suffered include pain, suffering, disfigurement, loss of enjoyment of life and loss of amenities. Non-pecuniary damages are compensation for past, present and future losses, subject to the upper limit for such an award established by the Supreme Court of Canada. In determining fair compensation in the particular circumstances of a case, courts look at such factors as the plaintiff’s age, the nature of the injury, the severity and duration of the pain, the level of the disability and the loss of lifestyle or impairment of life.

Damages that can be exactly measured in money. Damages intended to compensate a plaintiff for a quantifiable monetary loss. Special damages means the particular damage (beyond the general damage) that results from the particular circumstances of the case. Examples of such losses include: medical bills, lost wages, and repair costs.

Intended to punish the breaching actors and to deter them from committing future breaches. Punitive damages are awarded not to compensate a plaintiff for injury or loss suffered but to penalize a defendant for particularly egregious, wrongful conduct.

At common law, punitive damages can be awarded in any civil suit in which the plaintiff proves that the defendant’s conduct was “malicious, oppressive and high-handed [such] that it offends the court’s sense of decency”: Hill v. Church of Scientology of Toronto, [1995] 2 S.C.R. 1130 at para. 196. “The test thus limits the award to misconduct that represents a marked departure from ordinary standards of decent behaviour”: Whiten v. Pilot Insurance Co., 2002 SCC 18 at para. 36.

In Whiten v. Pilot Insurance Co., the Supreme Court of Canada defined a rational punitive damages award as being proportionate to the blameworthiness of the defendant’s conduct, the vulnerability of the plaintiff, the harm or potential harm directed specifically at the plaintiff, the advantage wrongfully gained by the defendant, and the need for deterrence, all with a view to the other penalties assessed against the defendant because of its misconduct. In that case the Supreme Court set a high-water mark of C$1-million for punitive damages against insurers. See also Vorvis v. Insurance Corp. of British Columbia, [1989] 1 S.C.R. 1085.

Damages awarded to compensate a plaintiff for suffering intangible injuries or damages as a result of the defendant’s actions. It is not the damages that are aggravated but the injury. The damage award is for aggravation of the injury by the defendant’s misbehaviour. Because of the defendant’s conduct, the measure of damages is increased. The plaintiff’s losses are non-pecuniary.

Intangible elements such as mental distress, pain, anguish, grief, anxiety, vexation, humiliation, indignation, outrage, fear of repetition. wounded pride, damaged self-confidence or self-esteem, loss of faith in friends or colleagues, and similar matters that are caused by the defendant’s conduct.

Token damages awarded to redress a violation of a legal right that the law deems necessary to protect, even if there has been no actual harm or monetary loss. By granting nominal damages, the court affirms that a legal right has been violated. While the plaintiff has no right to real damages, the court gives her the right to a judgment because of her legal right has been infringed (Mediana (The) [1900] A C 113 at 116 (H L.), per Lord Halsbury, L.C.). Nominal damages are generally recoverable by a plaintiff who successfully establishes that he has suffered an injury caused by a defendant’s wrongful conduct, but cannot prove a loss that can be compensated. For example, an injured plaintiff who proves that a defendant’s actions caused the injury but fails to submit medical records to show the extent of the injury may be awarded only nominal damages. The amount awarded is generally a small, symbolic sum, such as one dollar. Nominal damages are available whether the action is in contract or tort.

These are not really legal damages, but rather are an equitable remedy to prevent a party from being unjustly enriched. For example, in a contracts case, if one party has delivered goods but the other party failed to pay, they may be entitled to restitutionary damages to prevent the unjust enrichment.

Restitution is a distinct body of law governed by its own developing system of rules. Breaches of fiduciary duties and breaches of confidence are both wrongs for which restitutionary relief is often appropriate.  (International Corona Resources Ltd. v. LAC Minerals Ltd., [1989] 2 S.C.R. 574 at para. 65, 66, per LaForest J.)